↓
My father was the superintendent of the one room schoolhouse which happened to be located near our farm. The school teacher lived at our house. 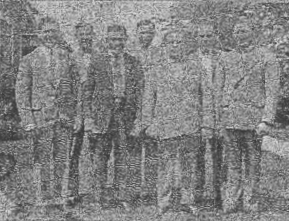 My parents told us that the local U.S. Post Office known as Ben Zion was named for our uncle, Benjamin Greenberg whose Hebrew name was Benyomen. He served as Postmaster until he decided to quit farming and return to New York to live. My father then was appointed Postmaster by President Grover Cleveland. Our home became the local post
office.

In 1905, when I was 5 years old, we moved to Devils Lake, North Dakota. The reason for leaving the farm was that my older brothers and sisters were becoming of marriageable age & as there were very few Jewish families with eligible young people of marriageable age, my parents worried that they might marry non-Jews. Two years later, we moved to St. Paul, Minn., where my husband Dr. lrwin A. Epstein, a practicing dentist, & I still live.

My father’s tombstone bears the following inscription: “Pinchus Ben Avroham”. Thus, we can assume that my grandfather’s name was Abraham.
Neither my sister Bessie nor I can tell you anything about our parents stay in Traverse City, Mich. We are inclined to think that the family’s original name was Greenberg, and that the name Himmler was used by one of the Greenberg young men when they left Russia to avoid
military service.

1 sent a copy of your letter to my only living brother, Jacob of Houston, Texas, and suggested that if he has any information about our parents that he should send it to you.

(I cannot rightly share this letter without clarifying a few discrepancies which are c ntained therein. When this letter was written, on Jan. 10, 1979, Mother Bessie was in her 92nd year­ she was not 92 years old until July 19th. The family could not have left Petoskey in 1887.Thus, they had not been on the farm for 21 years when, in 1905, they moved to Devil’s Lake.

The following is a response to a letter written to Nettie Greenberg Epstein from Devera Stocker of the Jewish Historical Society of Michigan on Dec. 14, I978. Mrs. Stocker was doing research for an article on the Early History of the Jewish Community in Traverse City for the Jewish Historical Society of Michigan. Nettie’s cousins, Sara Goldberg and Bessie Simon suggested that Devera write Nettie for more information on her family history. 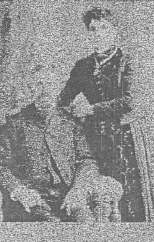 Your recent letter pertaining to my father, the late Philip Greenberg, his father and two brothers, Benjamin and Jacob WdS of great interest to me, to my 92 year old Bessie (Sam) Steinman who lives in Minneapolis, and to our families.

As I look back, it seems that we were not very curious about the early life of our parents either in Russia or in the U.S.A. The subject was rarely discussed. However, I know that my parents were married in Chicago, Ill.in 1880 & shortly after moved to Petoskey, Mich. From where my father travelled by horse & buggy as a “Customer Peddler”. In 1884 he, his wife & 3 children Herman, Samuel & Bessie moved to Ramsey Co, North Dakota where my father homesteaded on 160 acres of land, and where he farmed for about 21 years. During those 21 years, eight more children were born to my parents. Unfortunately, 2 children, a boy & a girl died during that lime and are buried in the now “abandoned Jewish Cemetery” called Sons of Jacob, located in the Southeast corner of Sullivan Township, 6 miles northeast of Garske, North Dakota. & 3 miles east of Starkweather, North Dakota.

Ours was an Orthodox Kosher home. My father owned a Torah, and Holiday Services were held at our house with all the Jewish families in our area participating. For months at a lime a “rebbe” lived with us and taught Hebrew to my older brothers & sisters. The boys were Bar Mitzvah at the proper time and age. Kosher meat was shipped to us in the winter from Grand Forks, North Dakota, which had a large enough Jewish community to support a Rabbi who was also a Shochet & Mobel. His name was Rabbi Benjamin Paperrmaster. In the summer, the only time we ate meat was when the Shochet happened to come to the area for some occasion thencame to our farm to do some slaughtering.